IN THE NEWS: MANAGING (AGENCY) MANIA

If it’s news to you that the client/agency model has been in flames for years now, there’s also this new thing called the Internet that you might want to know about. Of course, there’s a big difference between just saying that the old setup is shot to hell and explaining what, exactly, is wrong with it.

In Agency Mania (Select-Books, $24.95), Bruno Gralpois attempts the latter. Fortunately for us, he steers clear of theoretical quagmires common to marketing books and focuses his analysis on stuff we can all learn from: Client/agency partnerships that actually work. Citing the experiences of giants like Procter & Gamble, Walmart and MasterCard, Gralpois (a marketing vet with two decades in the biz) shows how it’s possible for megabrands to maintain functional (read: profitable) relationships with their agencies, even in an era of fragmented media, user-generated ads and other things that keep account execs awake at night.

Drawing largely from his experiences as director of global agency management at Microsoft, Gralpois theorizes that the failure of the traditional model shouldn’t be blamed on modern times as much as clients’ inability (or unwillingness) to treat shops as strategic partners as opposed to mere vendors. “During my time [at Microsoft], I talked to a lot of well-respected brands,” Gralpois writes, “and it became apparent that agency management is essential to any organization.”

Perhaps such a thesis is obvious, but it’s hard to argue the point. Citing the flurry of creative and media reviews launched by clients in the past six months—including megabrands like S.C. Johnson, Pfizer and Gap—“it’s  fascinating,” the author writes, “that these valuable partnerships are poorly managed.”

Fascinating? Make that tragic. So long as the knee-jerk response on the brand side is: Let’s just get a new agency, the sort of dysfunction discussed in Agency Mania is only bound to continue. Perhaps the real lesson here is that, given the rotten economy and the speed of technology, brands had better take control soon—because time is not on their side. 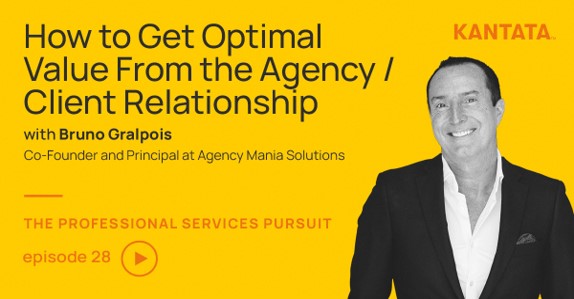